Blue Raven Entertainment is an all-encompassing entertainment agency, handling every aspect of an artist’s career to include artist management, booking, marketing, and promotion. We also provide booking services for theatres, festivals, and outdoor events, utilizing our industry relationships and overall knowledge of the business to secure the best entertainment at fair and reasonable pricing. Often times, we are able to find that “needle in the haystack” booking that is sure to create a magical night.

We specialize in finding quality entertainment and venues alike, using our knowledge and expertise to marry the two into a profitable situation for everyone involved. We work to not only do what is best for the artist but for the overall show itself, which is truly important in developing a successful career in this business.

Our goal is to create long-term relationships with all of our clients, both artists, and buyers, maintaining a level of professionalism the whole way through and hopefully creating friendships along the way.

Sean D. Gilday has been an entrepreneur for close to 25 years starting his first company in 1994. That company was one of the most successful merchandising companies in New Jersey providing custom printed merchandise to many of the biggest companies in the world. In 2003, He started Blue Raven Entertainment to combine his love of sales and music, creating a company that works with National Acts, Tribute Acts as well as local and regional original acts. In 2017, Sean, along with Partners Jonathan Peirce and Tony Pallagrosi, started Fly On The Wall Concerts, a company dedicated to promoting great shows all over the east coast.

Sean is a veteran of the Armed Services serving 4 years in the U.S. Army as a Crew Chief on fixed winged aircraft. He is a graduate of William Paterson University, was the Senior Class President and a highlight of his college career was giving the commencement speech for the graduating class of 1992. For the last 14 years Sean and his staff have worked hard to build one of the fastest growing music agencies in the United States.

Quote: “I am extremely proud to help bring to the stage some of the most talented musical acts to stages all over the United States and beyond.”

Fun Facts: I have eaten Jelly fish and have travelled to Thailand, Hong Kong and China many times.

Rachel L. Hill is a graduate of William Paterson University year 2011. She graduated with a bachelor’s degree in Music Management. She is a classically trained pianist who began taking lessons at the age of 5. A Pennsylvania country girl native, she aspired for life in the big city. She started in the business as a PR intern for Road Runner Records followed by a Promotions Intern at Jive Records / Sony Music Entertainment in NYC. Out of her Music Management graduating class, she was chosen for an opportunity in WP’s career shadowing program where former alumni’s and current students are partnered together for business opportunities. There she met Sean and was introduced to his company Blue Raven Entertainment. She began as an intern, eventually was hired to a part-time position, built that into a full-time position, and since 2017 has become part owner.

30 odd years ago after a stint at an agency in New York City, Armand moved to Maryland with not much other than his love of music and a great ear for it. There he met Robin, his right-hand and constant supporter who is still with him today. Together, through endless hard work, setbacks, and perseverance, their boutique agency earned an unparalleled reputation for quality, integrity, and a superior eye for new talent. He was the first agent to represent many bands that are still household names. Through a laser-like focus on quality and building a fan-base using touring, venues all over the country and in Europe know that if Armand calls, it’s an artist you should probably be involved with.

Artists that have been developed and represented for years by Armand & Robin include:
• Phish
• Widespread Panic
• Leftover Salmon
• Col. Bruce Hampton & the Aquarium Rescue Unit
• The Samples
• Vertical Horizon
• Uncle Tupelo (see Wilco and Son Volt)
• Pat McGee Band
• Umphrey’s McGee
• Stephen Lynch
• Jonathan Coulton
• Dave Matthews was even put on his first two west coast tours, opening for The Samples before the rest of the country knew he was destined to be the biggest touring act of the early 2000′s. Almost every one of those bands still tour today, a testament to Vision’s focus on building a career through touring. You just can’t download the live concert experience.

He also created Jam in the Dam in 2005, a festival in Amsterdam, which continued for 7 years. 2009 had to be skipped as he needed to undergo a life saving double-lung transplant at Duke. After a near-miraculous recovery, he was back on the ski slopes and the phone within just a few months. JitD 2010 took place as usual!

They are very excited to be partnering with Blue Raven, who they consider a perfect fit for where the touring business is going.

After over a decade in the music industry, Shaun Hague has carved quite a path on all sides. Hague has played the part of Touring Sideman (Kenny Wayne Shepherd, John Waite), Writer (Acoustic Guitar, Fretboard Journal), Talent Buyer (Saint Rocke) and the agency world (Monterey International, Supreme Entertainment Artists). Hague is the RA for such legendary acts as John Waite, Stephen Bishop and Mike Campbell.

Christina is a fellow WPU alumni with a degree in Media Production and a minor in Music Management. She has a background in artist management and promotion as well as experience as an assistant producer for the world famous 95.5 WPLJ.

She will be working as an agent assistant under Sean learning the ins and outs of the biz. She will also be handling some marketing and social media aspects for our artists as well. She is a Jersey native and her favorite bands range from Led Zep, Pink Floyd, The Killers, Fleetwood Mac. In her free time (which we will slowly dwindle to nothing after working here) she enjoys Sunday dinners with her family and working on her podcast “Running on Coffee & Cocktails”. 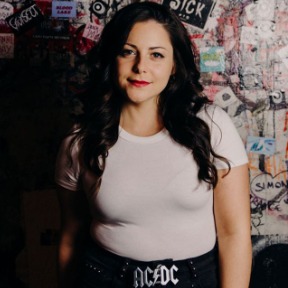 Although Texas has been home for Robin since 2004, she was born and raised in Washington, DC. Her career in the music industry which spans decades, began in the Washington Metro area and was fueled early on while working as Executive Coordinator for a 2000-plus seat live performance theater-in-the-round. Her position allowed her the opportunity to interact with not only numerous legends in the film industry but some of the Nation’s top recording artists.

Throughout her vast career, Robin’s worn many hats, transitioning from her position behind the scenes in the world of theater, to that of an agent, to assisting artists with their media and public relations efforts. The bulk of her journey, however, has included a long business relationship with Armand Sadlier/Vision International as his “right arm”. Together they developed fledgling acts, helping them evolve and grow into successful touring acts. With Armand’s entrepreneurial spirit at the helm, they also promoted several unique and very successful multi-day, multi-band music festivals.

Connor E. Binko is a graduate of Ramapo College of New Jersey, 2012. He graduated with a bachelor’s degree in Music Industry, and bounced around between various fields for the next few years. On one random day in 2016, Connor decided enough was enough and wrote Sean an email and put it all on the line. Shortly after, he started as an intern, which turned into a part-time position and then eventually a full time position. Connor lives in West Milford with his wife, and loves The Front Bottoms & Coheed and Cambria.